Many have proposed that the goverment transfer the prison to an island surrounded by water, much like San Francisco’s famed Alcatraz prison.

Vice President Jejomar Binay, who continues to be the frontrunner among potential candidates for president in 2016, likes the idea of an island prison. So what does he want to do with the existing New Bilibid Prison building? He wants to convert it to a presidential palace to replace the existing one, Malacañang Palace.

“If I become president, I will relocate the presidential palace from its current location by the Pasig River to this historic and landmark prison building,” Binay said. “We don’t need to spend millions of pesos dismantling the luxury rooms and amenities at the New Bilibid Prison. We’ll spend less by just refurbishing the building and converting it to the new Malacañang,” he added.

The Vice President believes that relocating the presidential palace to the penitentiary will “bring the government closer to the people.”

“Besides, look at the facade of the building. It really looks like a castle and a palace,” Binay told reporters.

Manila, Philippines (The Adobo Chronicles) – Press Secretary Herminio Coloma, Jr. has announced that Malacañang (the presidential palace) is declaring a 5-day holiday in the Philippines to give Filipinos the opportunity to witness and enjoy Pope Francis’ visit to this Catholic country on January 15-19, 2015.

In an interview on state-run DZRB over the weekend, Coloma said that declaring a holiday would help authorities manage traffic in Metro Manila more efficiently, especially along thoroughfares where the papal motorcade is expexted to pass.

In the same interview, Coloma said, “Let’s wait for a decision, an official announcement.” 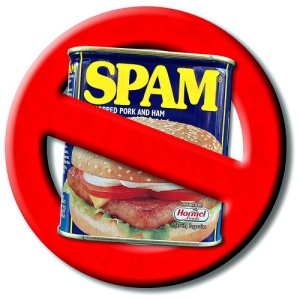 Manila, Philippines  – The administration of Philippine President NoyNoy Aquino continues to go on the defensive as more and more people have criticized the government’s zero financial support for Filipino figure skater Michael Christian Martinez. The lone Filipino athlete in the Sochi Winter Olympics made an impressive Olympic debut last week, finishing 19th out of 24 skaters. He is the first Filipino and Southeast Asian to qualify for the Olympic figure skating competition.

Martinez’s mother said that she had sent Malacañang, the Philippine Presidential Palace, a request for help to finance her son’s participation in the Olympics but never received a response.

Today, presidential spokesperson Herminio Coloma said that the request “may have come into Malacañang as ‘spam,’  and that per our policy, we do not open spams. We receive hundreds and hundreds of  requests, gifts and what have you, including imported cans of SPAM, but for security reasons we never open canned goods or other wrapped gifts.”