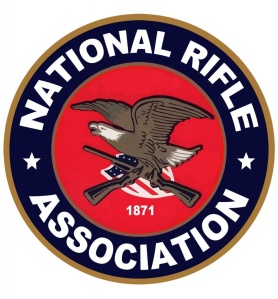 Washington, D.C (The Adobo Chronicles) –  The powerful and influential National Rifle Association (NRA) has launched a nationwide campaign that it hopes would lead to an amendment to the Second Amendment.

The Second Amendment has been the single biggest roadblock to gun control legislation in the U.S. It protects the rights of ordinary citizens to bear arms. It was ratified on December 17, 1791 along with the other nine amendments that make up the Bill of Rights. While it is a very short amendment, its exact meaning in terms of what types of weapons are protected is still in contention today.

The NRA proposal is both comprehensive and limiting. It seeks to affirm and clarify the right to own guns outside of “organized militia,” while reserving this right only to Republican and Republican-leaning states.

Text of the 2nd Amendment

“A well regulated Militia, being necessary to the security of a free State, the right of the people to keep and bear Arms, shall not be infringed.”

“Guns of all types, being necessary to the happiness and security of the Red States, their right to keep and bear Arms, shall not be infringed.”

NRA is preparing to roll out full-page newspapaper ads, radio and TV commercials, biilboard and bus poster ads and email marketing campaigns in the next few days.

The NRA is coming to a place near you, that is,  if you live in a red state. 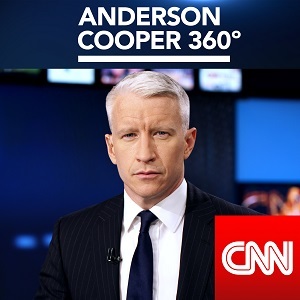 Washington, D.C. – President Barack Obama has nominated CNN’s Anderson Cooper to be the next U.S. ambassador to the Philippines.  The White House announcement on the nomination came on the heels of Cooper’s live reporting on the aftermath of super typhoon Haiyan which has devastated many cities and towns in Central Philippines.  He is the host of the popular CNN news program, AC 360. His reports from Tacloban, the worst-hit among the cities in the province of Leyte, gained both praise and criticism.

Many Filipinos, including expatriates from all over the world, have praised Cooper’s early coverage of the devastation in Tacloban and the Philippine government’s rescue and relief efforts which he described as lacking in coordination and clear strategy. On the other hand, Cooper earned the ire of Philippine President Noynoy Aquino who asked for “greater accuracy” in reporting on his government’s relief efforts and to focus on the strong spirit of the Filipino people in facing this calamity. Cooper responded on his news program that accuracy has been his hallmark as a journalist and that his reporting had always pointed to the enormous strength and fighting spirit of the Filipino people.

A Filipino news anchor, Korina Sanchez, speaking from her air-conditioned broadcast studio in Manila, also criticized Cooper for his reporting on the government’s less than stellar response to the needs of Haiyan survivors.  Sanchez said Cooper did not know what he was talking about.  Cooper then challenged Sanchez to do her own reporting at “ground zero” in Tacloban. Sanchez is the wife of Interior and Local Government Secretary Mar Roxas who is supposed to lead government relief and rescue operations.

In nominating Cooper, Obama said that the CNN journalist is fully qualified for the job and brings with him extensive knowledge and experience with political, social and other issues plaguing foreign governments, including the Philippines.  Obama said that Cooper has also proven himself to be fearless, independent, and sensitive to the interest and needs of both the U.S. and its long-time ally the Philippines.

There seems to be bipartisan support in the Senate for Cooper’s nomination. That in itself is a rarity in America. 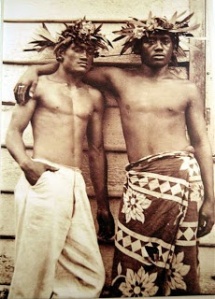 Honolulu, Hawaii (EMBARGOED UNTIL FURTHER NOTICE) – Both supporters and opponents worldwide have expressed amazement at how quickly same-sex marriage became legal in all of the United States. Immediately after the Hawaii legislature approved the bill legalizing same-sex marriage, the following news flash appeared in almost all media outlets in all continents : “50th U.S. State Approves Same-Sex Marriage.”

The International Business Times, Japan Times, Manila Daily Bulletin, The Times of India, The Paris Register, The Berlin Times, The London Enquirer and many other publications were unanimous in applauding the United States for the speed in which the number of U.S. States where same-sex marriage is now legal went from 15 to 50, not including the District of Columbia. It all happened within a matter of months. Illinois was the 15th state to legalize same-sex marriage.

Gay rights activists praised Hawaii for “sealing the deal” to make same-sex marriage legal in the entire U.S.A. Many pointed out that it was appropriate for Hawaii to be the state to earn this distinction. “After all,” they said, “the U.S. movement to legalize same-sex marriage all but started in Hawaii when the Hawaii Supreme  Court ruled in the early 1990’s that the state’s ban on same-sex marriage was unconstitutional.  It was a landmark case (Baehr vs. Lewin) that set off the marriage equality movement in the U.S. Mainland.