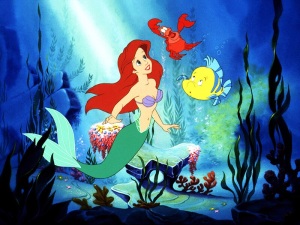 Hollywood, California (The Adobo Chronicles ) – ‘The Little Mermaid’ turns 25 today, and Disney Films has a grand plan to continue the animated film’s journey into the next 25 years.

On the eve of the film’s silver anniversary, Disney announced it has started filming the sequel to ‘The Little Mermaid.’ It is expected to be released on Memorial Day of 2015.

The new film will follow the aquatic journey of the mermaid as she enters her adult years. Disney promises that the film will enthrall kids and adults alike. “Audiences from every street corner of the world will fall in love with the adult heroine, Lady Starbucks,” a spokesperson said.

As a promo for the upcoming film, Disney also announced that anyone who  possesses a Starbucks gift card with at least $25 in it, will be entitled to free admission (for two) to a screening of the movie at any theater.

Watch out for the new Little Mermaid poster and promo details at a Starbucks near you. 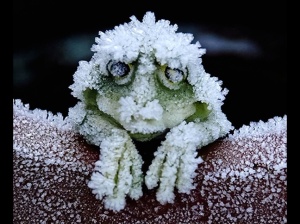 Hollywood, California (EXCLUSIVE to The Adobo Chronicles) – In the Disney animated film, ‘Frozen,’ Queen Elsa is seen singing the Oscar Award-winning song ‘Let It Go’ atop a mountain as she builds her ice castle in which she was to live her life in isolation.

Most moviegoers believe she was singing the song to herself with an admonition to let go of everything she had, including her beloved sister Anna and her entire kingdom.

But that was not in the original script.

The Adobo Chronicles has just obtained a copy of the deleted scene which had the original segment of ‘Let It Go.” It appears that the film director opted to re-shoot the segment to what is now included in the film’s final cut.

In the deleted scene, Queen Elsa  encountered a wood frog, freezing almost to death and clinging to a tree branch.  The frog was so afraid about falling into the snow-covered ground. Apparently, Queen Elsa was singing the song not to herself but to the wood frog, telling it to let go and that it would be just fine if it did fall to the ground.

The original script’s message about the deleted scene was: people (and frogs) need to let go of their fears and not to be scared about venturing into unchartered territory.

Disney refused to comment on why it decided to edit out and replace the deleted scene.  It simply responded to our reporter with, “Let It Go!”