For thrill-seekers, riding the Light Railway Train (LRT) in Manila is an experience like no other. Imagine riding in a packed train car, running at full-speed above ground with its doors fully open!

Well, we can’t describe the feeling, but student James Cubelo can, and shares his selfie video with readers and followers of The Adobo Chronicles.

This newest attraction is brought to you by the Aquino government.

MANILA, Philippines (The Adobo Chronicles® ) – If you live in, or are visiting the Philippines, you can’t really go on a road trip to visit all of the country’s more than 7,000 islands. Along the way, you’ll enncounter water and have to hop onto a ship, barge or boat to get to the next closest island.

But all that is going to change if Vice President Jejomar Binay is elected president in 2016. Forget Metro Manila’s Light Railway System (LRT, MRT). They’re peanuts compared to what Binay has in his presidential blueprint.

Before his 6-year term is over in 2022, the entire Philippines — land and water, from the northernmost tip of Aparri to the southernmost tip of Tawi-Tawi–  will be connected by a high-speed railway system that would put Japan to shame. 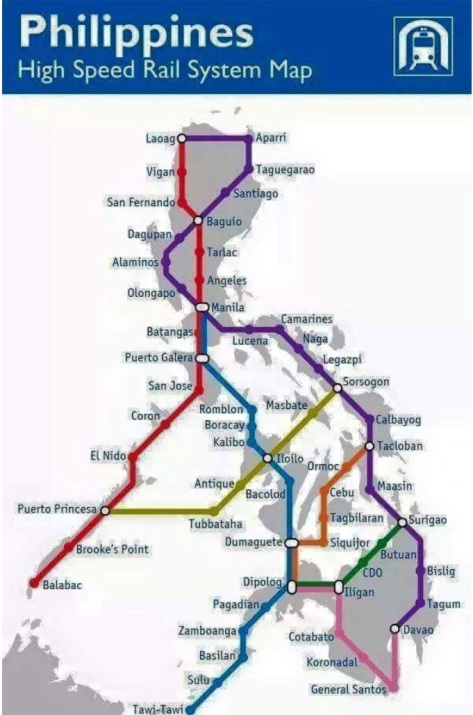 When completed, the Pan-Philippine High-Speed Railway System will become the world’s longest, fastest and scenic mode of mass transportation.

President Aquino’s mantra is “Tuwid na Daan,” (straight path), in reference to his anti-corruption campaign.  For Binay, it will be “Liku-Likong Daan” (crooked path), but via bullet trains.

Department of Transportation and Communication Secretary Joseph Emilio Abaya said the increase, which he called “a tough decision” that had to be made in order to bring improved services on the MRT and LRT lines.

Metro Manila’s rail lines, particularly the MRT-3, have been the subject of complaints from commuters because of congestion and frequent delays caused by glitches and breakdowns.

During last week’s Adobo Tour, our our publisher, editor and star reporters personally experienced the long and winding lines to get to the ticket booths, to wait for trains to arrive and to exit the platforms. Not to mention having to wait for the next two trains because only 3 to 4 incoming passengers at a time can be accommodated in the sardine-packed train cars.

But while daily commuters have to deal with less take home pay from their already meager salaries, millionaires who own several airconditioned luxury vehicles and have so much money they could charter an entire Boeing 747, are beng granted tax exemptions by the ever-brilliant, grandstanding Philippine legislators . Manny Pacquiao, for example.

Senator Aquilino “Koko” Pimentel III has proposed to grant a special tax exemption to Pacquiao to inspire him in his megafight with American Floyd Mayweather Jr. on May 2, 2015 (May 3 in Manila).

Pimentel said the special tax incentive was a “fitting tribute to the priceless package of proudly promoting the country once again in the international map.”

Pacquiao, an elected congressman from his hometown of Saranggani, has been in trouble with the Bureau of Internal Revenue (BIR) in recent years for alleged failure to pay taxes on his earnings from his championship fights in the U.S.

BIR Commissioner Kim Henares who has a reputation for going after celebrities for their prize winnings abroad, has not commented on the proposal by Pimentel.

So, for tax-free living in the Philippines, run for public office or take up boxing for a profession!