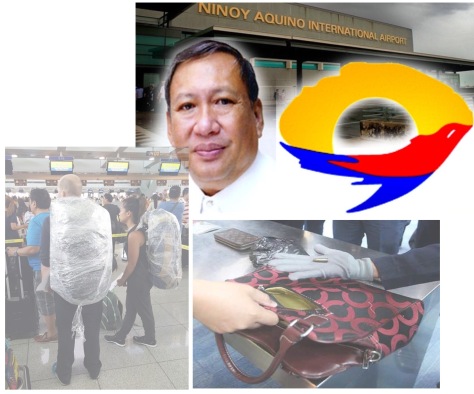 MANILA, Philippines (The Adobo Chronicles) – Each year, The Adobo Chronicles names its Person of the Year, choosing from among candidates who have made a significant impact on news and social media by grabbing the headlines for heroic deeds and statements relating to national or international events.

In 2013, we named Hollywood actor Jackie Chan, who has repeatedly survived news about his untimely demise. Last year, we named former Philippine Interior Secretary and now presidential candidate Mar Roxas for being the “man for the masses.”

Our short list included President Aquino, for being in a constant bubble, always proclaiming that the Philippines is the “new darling of Asia,” while ignoring the many ills and perils that the Filipino people continue to endure.

We also considered his sister, television host Kris Aquino, whose penchant for blabbering has made her the ‘queen of gossip,” oftentimes washing her dirty laundry — especially her private and family life — in public.

Transportation Secretary Joseph Abaya was also on our list for the unending woes of Metro Manila’s nightmarish traffic and the beleaguered MRT (light railway) and for proclaiming that these problems “were not fatal.”

Laglag bala was an airport scheme in which scrupulous airport personnel “planted” live bullets in bags and luggage of unsuspecting airline passengers for the purpose of extorting money.

The scheme caused the cancellation of international gatherings, business meetings, family reunions by overseas Filipino workers (OFW), and the proliferation of a new cottage industry: plastic wrapping of checked-in luggage at NAIA.

Even President Barack Obama was advised by ther U.S. State Department to wrap his briefcase in plastic upon arriving in Manila for the Asia Pacific Economic Cooperation Summit meeting last month.

It has also been reported that a Philippine Airlines flight from Honolulu left for Manila with no passengers, only the crew, because confirmed travelers refused to board the plane for fear of being victimized by the scheme once they landed in Manila.

But what made the editors truly convinced about bestowing this 2015 honor to Honrado was his testimony before a Senate hearing in which he told Senator Bongbong Marcos that he had no control over what happens at the airport, essentially confirming that he is being paid as general manager to do absolutely nothing.

Congratulations to our 2015 Person of the Year! 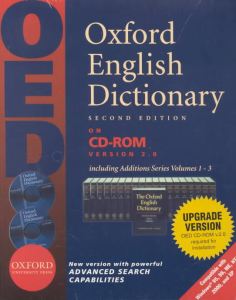 OXFORD, England (The Adobo Chronicles) – Webster’s Dictionary has chosen its ‘word of the year,’ and it is not really a word. So has Oxford Dictionary, and it’s actually two words.

Webster’s word of the year is the suffix, ‘ism,’ and was the most searched dictionary entry in all of 2015.  People have been searching the meaning of words such as racism, sexism, ageism and terrorism.  Webster says it’s a reflection of what people around the world have been reading  in the news, or concerned about as they go about their everyday lives in these troubled times.

Oxford Dictionary, on the other hand, has chosen an international word(s) for its new 2015 entry: laglag bala.

Laglag bala refers to a scheme at Manila’s Ninoy Aquino International Airport (NAIA) whereby unsuspecting passengers are questioned and detained for having live bullets in their luggage.  It appears that the scheme is part of a modus operandi by some unscrupulous airport personnel aimed at extorting money from local and foreign passengers.

Laglag bala was the most searched term in Oxford Dictionaries, online and off-line and has dominated local and international news for most of the last quarter of 2015.

Yet another international record for the Philippines! 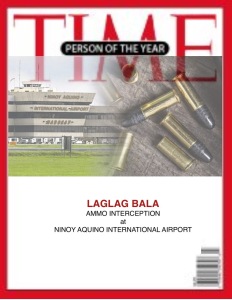 NEW YORK, New York (The Adobo Chronicles) – Rumors have been circulating that Democratic presidential candidate Bernie Sanders will be named Time magazine’s 2016 ‘Person of the Year.’

Well, those rumors can now be put to rest.

Time has announced that it has finally chosen its ‘Person of the Year.’ And it is not a person.

The magazine’s editors chose the laglag bala scheme that has dominated the tourism and travel industry for most of 2016’s third quarter.

The scheme, although minimized by President Aquino as “isolated,” has created a huge impact on travel and business not only in the Philippines but worldwide.

Because of the scheme, many travelers cancelled their business or leisure trips to Manila for fear of being victimized themselves.  Those who had no choice but to fly into or out of NAIA had to resort to wrapping their luggage with plastic to avoid being targeted by the schemers.  Even U.S. President Barack Obama who attended the Asia Pacific Economic Cooperation (APEC) Summit meeting in Manila last month was advised by the State Department to wrap his briefcase with plastic upon arrival and departure from NAIA.

Time’s ‘Person of the Year’ profiles persons, groups, or things, that have had the most impact on world events for any given year.

Because of the scheme’s worldwide impact, the Philippine government even gave it a new international name — Airport Ammo Interception.

This is only the second time that a non-person was named by Time.  The first was in 1982, when Time’s ‘Person of the Year’ was the computer.