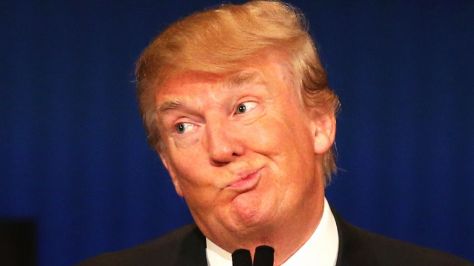 SAN FRANCISCO, California (The Adobo Chronicles, San Francisco Bureau) – Twitter is considering banning Donald Trump from the social network after his recent angry tweets in which he attacked Indianapolis factory worker Chuck Jones. Soon after, Mr Jones received a run of abusive calls, the Washington Post reported, apparently spurred on by the tweet.

Twitter’s rules prohibit tweets that incite abuse or harassment, and echoes situations where Twitter has opted to ban people for life.

Upon learning of his impending ban from Twitter, Trump sent Twitter CEO Jack Dorsey an offer to buy out the San Francisco-based company for its full net worth of $1.2 billion.

A spokesperson for Trump said the purchase would enable the president-elect to continue using the social media network for his rants and trolls even after he has assumed the presidency.

Twitter account holders are afraid that their tweets will be censored if not deleted once Trump assumes ownership of the company.

Especially if the tweets are critical of Trump.

MANILA, Philippines (The Adobo Chronicles, Manila Bureau) – Mar Roxas failed to file his Statement of Contributions and Expenses (SOCE) in connection with his failed bid for the Philippine presidency. The filing of SOCE is required by the rules of the Commission on Elections. Roxas is the lone presidential candidate that failed to submit his SOCE.

Roxas’ party, the Liberal Party (LP) also failed to meet the filing deadline.  Both Roxas and LP campaigned on the theme of ‘Daang Matuwid’ (straight path) which adheres to the rule of law.

In requesting for a 14-day extension to file the SOCE,  Roxas blamed his party’s defective scanners which he needed to scan what he and LP described as “voluminous number of receipts.” “How can we scan those receipts and other required documents if our scanners are not working?” Roxas said.

Meanwhile, Vice President-elect Leni Robredo, also of the Liberal Party, did file her SOCE on time, showing that she outspent all her VP rivals. “That’s why I will have to take the bus instead of the airplane for the next 6 years because I am out of funds,” Robredo told The Adobo Chronicles.

According to the SOCE filings, the following were the total amounts raised and spent by the VP candidates:

Every now and then, we receive awesome feedback — both positive and negative — from readers and followers of The Adobo Chronicles.  This one’s a classic example.  We thank the netizen who came to our defense with this smart and super-hilarious comment. As soon as we have a job opening, we’ll definitely hire you! Don’t call us. We’ll call you.