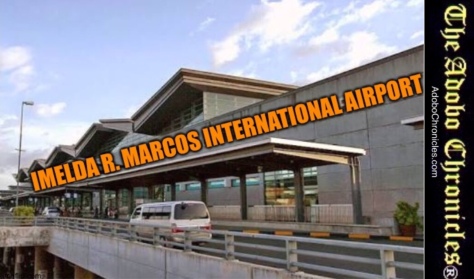 MANILA, Philippines (The Adobo Chronicles, Manila Bureau) – A recent Philippine Congressional proposal to rename the Ninoy Aquino International Airport (NAIA) has been met with mixed reaction from the Filipinos.

While many agree that the name change is long overdue, others have criticized the proposed new name — a mouthful and tongue-twister, “Paliparang Pandaigdig ng Pilipinas.” “It should just revert to its original name of ‘Manila International Airport,’ “ they say.

To end the controversy once and for all, President Rodrigo Duterte issued an Executive Order renaming NAIA to “Imelda R. Marcos International Airport.” It is effective July 2, the 91st birthday of the former Philippine First Lady.