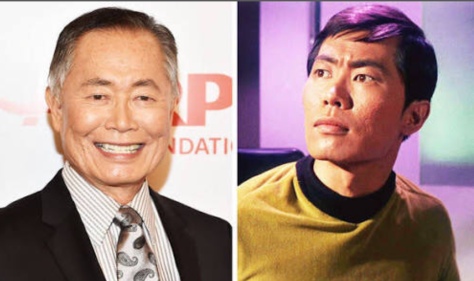 MANILA, Philippines (The Adobo Chronicles,Manila Bureau) – Many Filipinos are fans of ‘Star Trek,’ especially of George Takei who originated the role of Mr. Sulu in this Science Fantasy series.  Thousands upon thousands have prized collections of ‘Star Trek’ DVDs (and Betamax tapes).

But these collections will soon go up in flames, thanks to a single tweet by Takei. 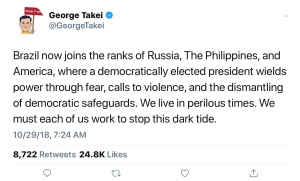 They took to Facebook and other social media platforms to refute Takei’s statement, saying that while it is true that Duterte was democratically elected, Filipinos don’t live in fear or have been called upon to incite or commit violence. They also said all Democratice safeguards, including a Free Press and independent Legislative and Judicial branches of government are very much in place.

In a show of People Power, hundreds of thousands of Filipinos will stage a huge rally this weekend along EDSA ,the epicenter of mass protests, where they will burn DVD and betamax copies of their Star Trek collections, but only those in which Takei plays Mr. Sulu.  Star Trek versions featuring John Cho playing the character will be spared.

You don’t mess with Filipinos.  Not even if you are Mr. Sulu.