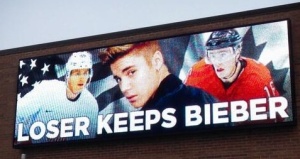 Sochi, Russia –  Yesterday’s U.S. loss to Canada in Women’s Ice Hockey at the Sochi Winter Olympics was, to say the least, devastating to Americans. Today, there is another opportunity for Americans to prove to the world – and to Canadians – who the real Hockey king is.  The U.S. faces Canada in the Men’s Hockey semi- finals.

All Olympic athletes and all countries represented in Sochi have one ultimate goal in mind: the gold medal. But not for the U.S. or Canada. Either country wants to beat the other, but for a different reason: the loser gets to keep Justin Bieber. 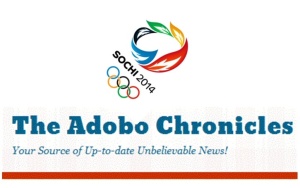 With yesterday’s loss in the women’s competition, Bieber gets to stay in the U.S. The American Men’s Hockey team has the chance to reverse that today by defeating Canada and send Bieber packing his bags and back to his native country.