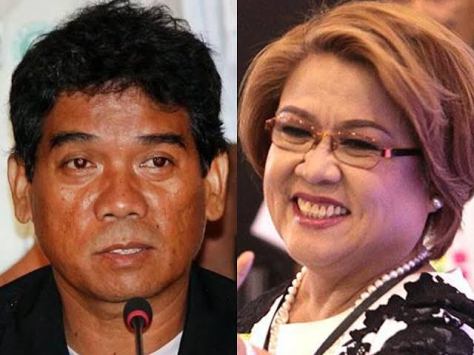 MANILA, Philippines(The Adobo Chronicles, Manila Bureau) – Senator Leila de Lima is reportedly drawing up a “more comprehensive” and “more detailed” list of Philippine officials and personalities she believes are responsible for her arrest and detention, her chief of staff and lawyer said Thursday.

The Senator is hoping her list would be the basis for the U.S. State Department in determining which Philippine officials and personalities would be banned from entering the U.S. because of their role in her incarceration.

Today, De Lima told The Adobo Chronicles (AC) she has included her former driver-bodyguard Ronnie Dayan on her list.

The Senator had previously admitted  that she had a relationship with Dayan, citing “frailties of a woman.”

De Lima told AC that Dayan’s testimony during Congressional hearings contributed to the building of the case against her.

We’re sorry for Dayan. He may never see and experience the Land of the free, and the home of the brave.

Unless, of course, he’ll manage to resolve what appears to be an “LQ” with the Senator.