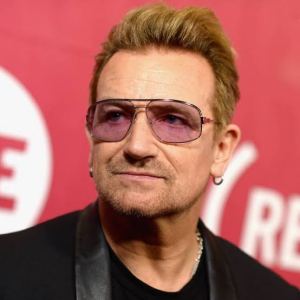 MANILA, Philippines (The Adobo Chronicles) – It is being reported on social media that Bono and U2 were booed by members of the audience during a concert held last weekend at the Mall of Asia Arena in Manila.  The reason? Bono dedicated the song, “Ultra Violet” to Rappler CEO Maria Ressa and flashed her face on the giant screen.  He reportedly told the audience to “be like Maria Ressa.”

In effect, many have interpreted Bono’s comment to mean “Don’t pay you taxes!”

Ironically, Bono himself has been described as a “Tax Rogue,” for U2’s decision in 2006 to move their tax affairs from Ireland to the Netherlands, after the Irish government decided to cap the tax-free exemption on royalties at €225,000 (before this, artists in Ireland were not obliged to pay any tax on royalties).

Meanwhile, the Philippines’ Bureau of Internal Revenue is reportedly auditing the concert proceeds of the U2 Manila concert to make sure the band pays all taxes due.  BIR is also considring imposing a 10% tax surcharge to all who purchased tickets to the concert.  Ticket prices ranged from P2,499 to P20, 499.