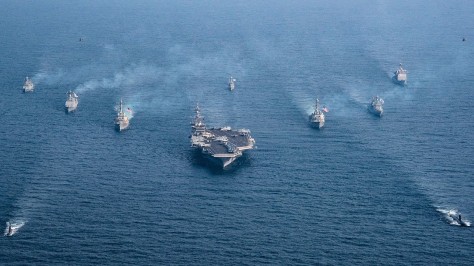 WASHINGTON, D.C. (The Adobo Chronicles, Washington Bureau) – President Donald Trump has suggested sending the US Army over the border into Mexico to “wage war” on drug cartels in a typically bombastic tweet.

The US President said his country stood “ready, willing & able to get involved and do the job quickly and effectively” if his Mexican counterpart, Andres Manuel Lopez Obrador asked him for help.

Trump made the offer after Robredo was quoted by the news media that she wants to enlist the help of the United Nations and the U.S. in dealing with the illegal drugs problem.