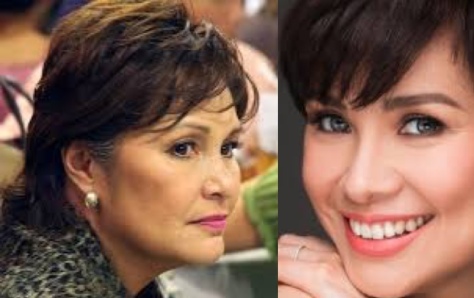 MANILA, Philippines (The Adobo Chronicles, Manila Bureau) – It’s “A Whole New World” when we all sing “Isang Mundo, Isang Awit.” But the reality is, we have a divided world, a divided Philippines and each of us sings a different tune.

This division cannot be more evident in a celebrated Twitter exchange between the ladies who popularized the two songs:  Lea Salonga and Leah Navarro.  Lea and Lea with an “H.”

But more than the Twitter posts, the two Leas have a stanchion between them, one that appears to separate Lea the Duterte-leaning progressive, and Leah, the Yellow minion.

It all started with a comment Salonga made during a recent interview when asked about the current inflation in the Philippines:  She said:

“You gotta wonder, we’re angry about this, we have to see if it’s happened in previous administrations before and if we got angry then, too. And if it happened before and you didn’t get angry, you might have to examine why that is.”

Duterte critics and pro-Aquino netizens immediately responded to Salonga’s comments, coming to the defense of the “previous administration” of NoyNoy Aquino.

Then in a subsequent Twitter post asking her followers what can be done to bring about love in the world, Salonga asked:

… to which Navarro gave an unsolicited advice:

Then, this response to Navarro’s unsolicited advice from another netizen:

Hmmm. We wonder if Aga (Muhlach) will join in the fray… and if Agot (Isidro) will also have something to say.

Celebrity wars, they call it.