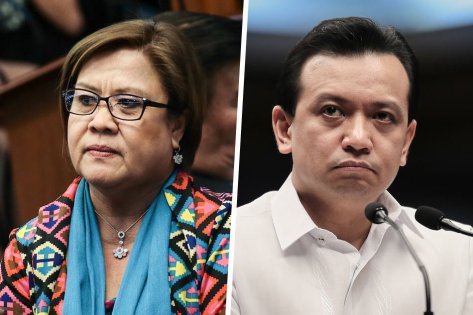 De Lima was reacting to news reports that President Duterte has ‘revoked’ the amnesty granted to Trillanes by NoyNoy Aquino. The revocation of the amnesty opens up the possibility that Trillanes will be back in jail for two faiiled mutinees.

But unlike most of Duterte’s critics, De Lima has a different reason for coming to the defense of Trillanes.

De Lima told The Adobo Chronicles that if Trillanes ends up in jail, then she will no longer be the poster girl for political persecution.   She fears being overshadowed by Trillanes. “This will absolutely deminish my stature as the highest Philippine Opposition political figure targeted by Duterte.  It will also affect international human rights awards and plaques that I could be receiving in the future.”