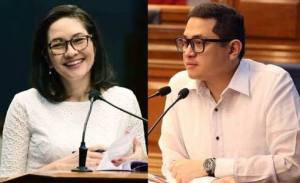 MANILA, Philippines (The Adobo Chronicles, Manila Bureau) – Reacting to a recent public advisory from the Philippine Long Distance Telephone Co. (PLDT), Opposition Senators Bam Aquino and Risa Hontiveros jointly filed a bill that would impose stiffer penalties for illegal fishing in the country and in South China Sea territories claimed by the Philippines.

”We thank PLDT for reminding us and the Filipino public to continue fighting against this illegal acivity,” the Senators said.

But it was all a case of “lost in translation.”

PLDT’s advisory had to do with ‘phishing’ not ‘fishing.’  (Phishing is a cyber crime where potential targets are contacted by scammers via email, text or phone to ‘fish out’ sensitive data to be used in identity theft and other crimes.)

But rather than suffer embarrassment, Aquino and Hontiveros said they will still pursue their proposal to give more teeth to the country’s anti-illegal fishing law.