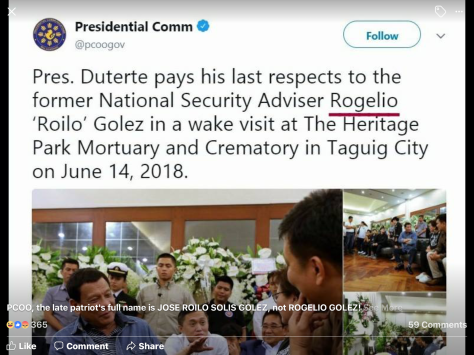 Honest mistakes, some say, but when it becomes a pattern, then that’s a different story altogether.

In a post about the passing of former National Security Adviser Jose Rolio Golez, PCCO mistakenly identified him as Rogelio Golez.  Other Mainstream News outlets also committed the same error, and we wonder if they were basing their reports on the PCOO post. 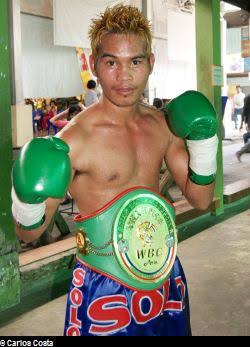 At least, PCOO posted the correct photo of Golez, and not one of this openly-gay Filipino champion boxer Roilo Golez.