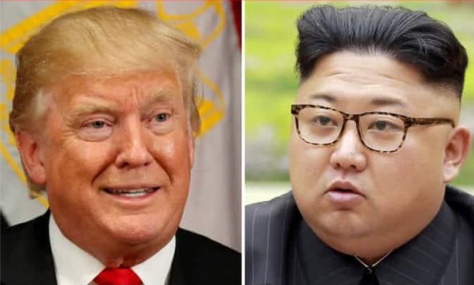 WASHINGTON, D.C. (The Adobo Chronicles, Washington Bureau) – North Korea’s leader, Kim Jong-un, has invited President Trump to meet for negotiations over its nuclear program, a diplomatic overture that would bring together two strong-willed, idiosyncratic leaders who have traded threats of war.

The White House said that Mr. Trump had accepted the invitation.

For security reasons, The White House said that the meeting will take place in the U.S., not in North Korea — which means that Mr. Trump will be violating his own immigration policy which bars foreigners with ties to terrorism to enter the country.

Trump instructed the State Department to issue a non-immigrant visa to Kim so that he could enter America.

Immigration adovcates have criticized Mr. Trump for reneging on his immigration promise.

”It is hypocritical for Trump to issue a visa to Kim when the American president has denied legalization to Dreamers — foreign nationals who have been brought to the U.S. by their undocumented parents,” the advocates said.

The Adobo Chronicles reached out to The White House for comment, but we have not yet received any response.