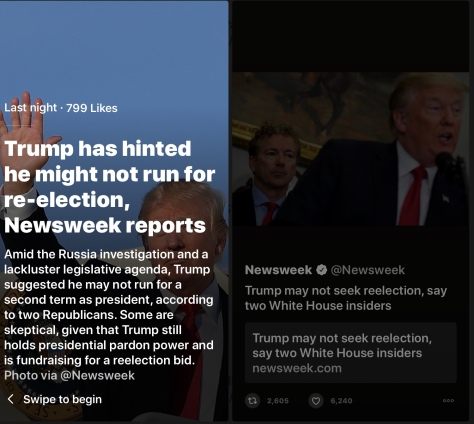 WASHINGTON D.C. (The Adobo Chronicles, Washington Bureau) – Sources close to Donald Trump have suggested that the President might not seek a second term.  That’s good news enough. But an exclusive interview with The Adobo Chronicles may even be better news for many Americans.

Trump has told us that he may not finish his first term.  Apparently, he is extremely bothered by the lack of sleep, weight loss and more grey hair since he took office.  He added that he misses tweeting, something that he hasn’t done as much since he became president.