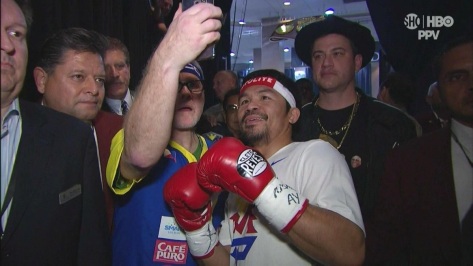 LAS VEGAS, Nevada (The Adobo Chronicles) – He was gracious in defeat – Manny Pacquiao losing to Floyd Mayweather in the “Fight of the Century,” in Las Vegas tonight. He remains  a hero and a people’s champ, but tonight’s loss by unanimous decision could mean an end to the boxer’s career.

And did his chances of becoming Philippine president diminish after tonight?

Only time will tell. And The Adobo Chronicles will be there to report on developments.