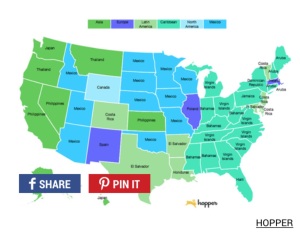 Kansas City, Kansas (The Adobo Chronicles) – For people who live in Kansas, their favorite top travel destination is … drum roll … the Philippines.

This was revealed in a new research study conducted by Hopper.com. The study surveyed all 50 U.S. states to determine their population’s top travel destination. The results showed that the Philippines was also the top choice for California and Nevada. But Kansas?

So, The Adobo Chronicles conducted an independent follow-up survey to try to determine why Kansans chose the Philippines as their top international travel destination. Our survey was very revealing, and unanimous! 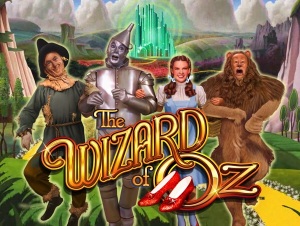 When Kansans think of the Philippines, they almost always think of ‘The Wizard Of Oz,’ the timeless classic that began in Kansas and ended up in lala land. In the ‘Oz,’ the main character, Dorothy, was transported by a tornado into the make- believe world of munchkins, the wicked witch, the heartless tin man, the brainless scarecrow and the cowardly lion.

Respondents to our survey indicated that their view of the Philippines includes the little people (Munchkins) – the Filipino masses who are forever poor and powerless because of the manipulation by the rich and corrupt politicians.

When Kansans think of the wicked witch, they think of Kim Henares, the Internal Revenue Commissioner who is constantly engaged in a witch hunt to collect taxes and more taxes while knowing that it all goes into the pockets of politicians.

The Philippine National Police (PNP) is looked upon as the heartless tin man — from the bribe-collecting traffic policemen to PNP chief Alan Purisima who has enriched himself by receiving expensive gifts and building a mansion-like home in the province of Nueva Ecija which he describes as just “ordinary.”

The brainless scarecrow is, of course, President NoyNoy Aquino, forever clueless and always blaming someone else for the problems of his country. He loves using empty rhetoric and scare tactics when confronting his critics and enemies.

The cowardly lion is Vice President Jejomar Binay who is not man enough to face the Senate inquiry into his and his family’s shady practices, especially with regards to the now infamous and overpriced Makati City Hall parking structure.

Then, there’s Dorothy’s ruby slippers which remind Kansans of Imelda Marcos’ collection of 3,000 pairs of shoes (In fairness, nine of Imelda’s shoes were made of ruby).

In conclusion, our survey confirmed that Kansans were right on in choosing the Philippines as their top destination. After all, in the Philippines, life imitates fiction; a life of make-believe.