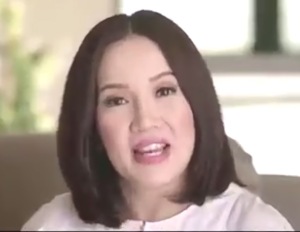 QUEZON CITY, Philippines (The Adobo Chronicles, Manila Bureau) – March 26, 2016 marked the last day that presidential sister and talk show host Kris Aquino would be seen on television. Earlier, she made the big announcement that she was leaving ABS-CBN, her home network for almost 20 years, to focus on her health, her family and her businesses.

Well, not a week has passed and Aquino’s face is back on TV, campaigning for Leni Robredo, vice presidential candidate for the administration’s Liberal Party.

It looks like she has not only broken her promise (and it’s not the first time); she has also added politics to her focus.

Now you see her, now you don’t.

QUEZON CITY, Philippines (The Adobo Chronicles) – Presidential sister, talk show host and actress Kris Aquino likes to talk on one side of her mouth.

In a recent episode of the show, ‘Aquino and Abunda Tonight,’ she told her viewers that she is not the same woman she was 15 months ago and that she has now fully matured.

Maybe. But not with regards to her love life.

Aquino has been romantically linked to fellow actor and Quezon City Mayor Herbert Bautista. It was announced that the couple will be making a film together.

While Aquino maintains that her romance with Bautista never “progressed,” she told her viewers that by agreeing to do a film with her former love interest, she will experience a — in her own words — ‘happy ending.’

So which is it, Ms Aquino: have you moved on or still clinging to some hope for a consummation of your romance? On or off the film set? 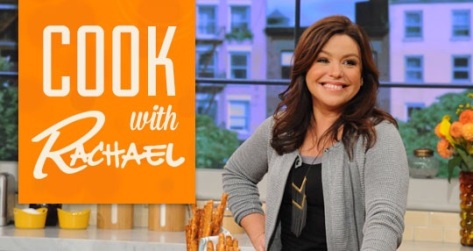 From ‘date night meals’ to ‘cookout recipes,’ Ray’s down-to-earth approach to her cooking has earned enormous following for her syndicated ‘The Rachel Show.’

But then something very puzzling happened over the last couple of weeks. The show’s ratings suddenly plummeted it didn’t even register on the Nielsen scale. (Nielsen is the television standard for measuring TV show ratings.)

It was only after the show’s producers obtained a copy of a magazine featuring Ray on the cover that they realized why the ratings nose-dived: