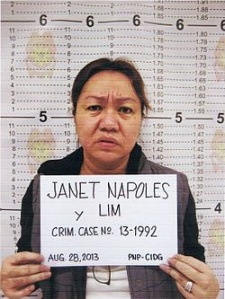 Manila, Philippines – Suspected pork barrel scam mastermind Janet Lim-Napoles wasted no time in trying to reach out to Barack Obama after it was officially announced that the U.S. President will be visiting Manila in October.

Obama has included the Philippines in his Association of Southeast Asian Nations (ASEAN) tour. Manila will be Obama’s last stop. It will be his first visit to the Philippines.

Napoles is the central figure in the  Philippine pork barrel  scam involving the diversion of ten billion pesos in public funds into fake non-governmental organizations (NGOs) and the pockets of senators and congressmen. She is currently in prison and facing charges for illegally detaining one of the whistleblowers in this escalating scandal.

Speaking through her lawyer Lorna Kapunan,  Napoles said that she has sent a letter to the U.S. Embassy in Manila requesting a private meeting with Obama when the latter arrives in the Philippine capital.

Informed sources said that in her letter, Napoles has indicated that she will be asking Obama to grant her political asylum in the U.S. and would like to be accommodated aboard Air Force One when Obama leaves Manila to return to the U.S.

Napoles said that she is very confident that she will be granted asylum because she has contrbuted immemsely to the economic recovery of America through her multimillion-dollar U.S. investments and the much talked-about shopping sprees and lavish parties by her daughter, aspiring fashion designer Jeane Napoles.

Napoles said she will not be a burden to America and promised that if Obama interceded on her behalf to have all her assets unfrozen, she will invest all her money in the U.S. and help create more jobs for Americans. 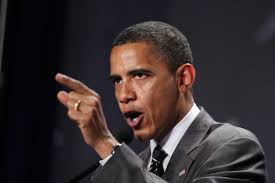 Washington, D.C. – Facing criticism for the country’s turtle-paced recovery from the recession and continued budget woes that put him in a never-ending fierce battle with Republican legislators, President Barack Obama today vowed to use all available powers bestowed upon the presidency to significantly reduce pork barrel spending.  U.S. legislators have consistently used pet projects in their constituent areas as a negotiating tool in federal budget battles.  The most memorable pork barrel projects were Alaska’s “Bridge to Nowhere,” and Boston’s Big Dig (Central Artery/Tunnel Project).

Asked by members  of the White House Press Corps about specifics of his plan, President Obama said he will propose to Congress a new legislation that would limit the U.S. government’s importation of Ibérico pork.  The Ibérico pig is an indigenous species that is only found in the Iberian peninsula.  The superb quality of the meat from the Ibérico pig is brought about by the climate, its freedom to roam outdoors and its diet.  It is often fed on acorns which gives the meat its wonderful nutty flavor.  The price of Ibérico pork commands a very high price in the world market, costing as much as $100 per pound, or approximately $20,000 per barrel.  The U.S. Department of Agriculture did not return calls from The Adobo Chronicles seeking information on how many barrels of the pork the country imports each year from Spain. 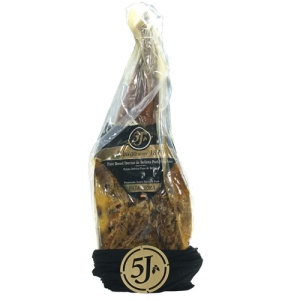 Apparently, only Ibérico pork is served in the basement cafeterias of the Senate and House of Representatives Buildings on Capitol Hill, as well as during state banquets hosted by the White House. President Obama urged Congress to swiftly pass his proposed legislation cutting down on pork barrel importation.  “I am confident we can pass this legislation in a bi-partisan manner,” the President added.