Many Asian American groups have long protested the use of the name “Chinaman’s Hat” because it is a derogatory term that used to refer to Chinese railroad workers in America.

After years of searching for a replacement name, the state legislature finally found one that is most appropriate and is not derogatory.  In fact, it is a term that elicits great pride among Filipinos, especially those living on the islands.

Henceforth, the island will be named “Pinoy Salakot.” 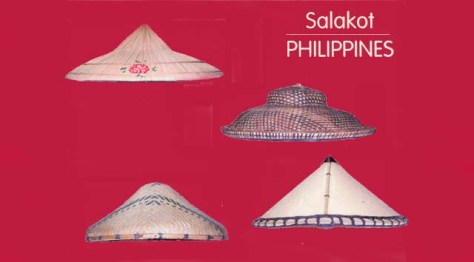 “Salakot” is an indigenous wide-brimmed conical  hat used by Filipinos for centuries and even up to this day. It comes in different variations and is usually made from rattan or dried leaves of local trees.

Chang and fellow council member Ernie Martin are hoping to rename Sandy Beach Park to President Barack Obama Sandy Beach Park. It comes after a video was taken of the President bodysurfing back in August 2008.

Known for its powerful waves and white sandy beaches, Sandy Beach Park is one of the most scenic spots on Oahu.

“We’ve already included funding in the past year’s budget for a plaque commemorating his love for bodysurfing there, and we hope to generate additional interest in the park. We hope to have it as an additional showcase for residents and visitors from all over the world,” said Chang.

But not everyone is convinced.

“I think you should just leave it as Sandy Beach”, said one beachgoer.

Is renaming a beach good enough for the President of the United States? Obama doesn’t think so. “Oracle’s Larry Ellison and Facebook’s Mark Mark Zuckerberg get to name entire islands like Lana’i and Moloka’i  after them,” said Obama, “so I’d rather rename  the entire island of my birth place Oahu to Obama Island.”

Chang was disappointed at Obama’s comment, but he seems to be warming up to the idea of renaming the entire Oahu to Obama Island.