So, what’s next for the Filipino champions?

Well , they have been challenged to a one-on-one talent competition by an equally-talented group of five men from Denmark. The Danes , calling themselves the Bottleboys, are members of a unique orchestra that uses empty beer bottles as instruments. They have recorded covers of popular hits like Michael Jackson’s “Billy Jean.” (Watch video below)

The British Broadcasting Corporation (BBC) has agreed to host the pan-continent televised talent show in London if  “Asia’s Got Talent” agrees to pit their champions against the Bottleboys. The winner will be determined by public voting.

In anticipation of this exciting one-on-one talent competition, The Adobo Chronicles is conducting a poll on who our readers think would win in a match-up.

Watch the videos and participate in the poll below ( sorry Kris Aquino and Ai-Ai de las Alas, you can’t vote in this poll; if you do, your vote will not be counted!): 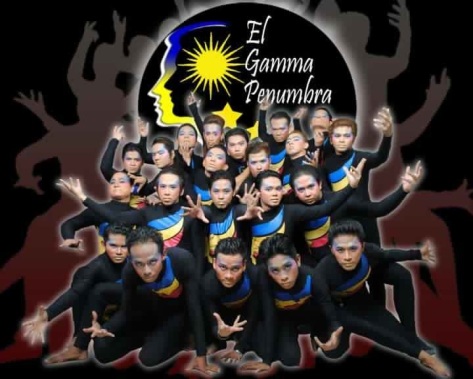 MANILA, Philippines (The Adobo Chronicles) – El Gamma Penumbra, the Filipino shadow performing group that was the grand winner in the first season of “Asia’s Got Talent” will be treated to a huge welcome by their fans and supporters when they return to Manila from Singapore.

A motorcade will take them from the Ninoy Aquino International Airport to Malacañang Palace where they will be personally greeted by President NoyNoy Aquino. The motorcade will pass through main thoroughfares in Makati where ticker tapes  and confetti will be showered from the city’s tall buiildings.

The group will also be personally met at the airport’s VIP lounge by Bureau of Internal Revenue Commissioner Kim Henares who will have a tax receipt booklet in hand as she collects up to 30% of the group’s  $100,000 (4.4 Million pesos) prize money.

Henares is known to be a tough tax woman, always ready to collect the government’s share of international prize winnings by Filipino celebrities, not the least of whom is Manny Pacquiao.

Pacquiao’s prize money from his May 2nd fight with Floyd Mayweather is estimated at $150 Million.  That’s a whopping 6.6 BILLION pesos.

It is therefore not suprising that President Aquino is claiming that the Philippines is no longer the “sick man” of Asia, thanks to all that tax revenue.

SINGAPORE (The Adobo Chronicles) – A total of 14 countries were represented in the just-concluded first season of “Asia’s Got Talent,” now considered the largest such franchise of the reality talent competition which originated in Great Britain as a pilot broadcast.

Last night’s announcement of the grand winner — El Gamma Penumbra, a shadow performing group — made Filipinos extremely proud.  The winning act is from the Philippines, but so were three other acts that made it to  the grand finals.  The other Filipino grand finalists were classical singer Gerphil Flores, ten-year-old singer Gwyneth Dorodo, and hip-hop dance group Junior New System.

But as Filipinos were celebrating the success of their contestants, the other 13 countries signed and sent a petition to Fremantle Media and Sony Pictures Television — the show’s producers — demanding that the next season of “Asia’s Got Talent” be made off limits to Filipino contestants.

The petitioners stated that their respective countries were put at a serious disadvantage in the competition because of the number of amazing acts that represented the Philippines in the first season.  “We just cannot compete with the Filipinos,” they added.

The petitioners concluded by threatening to pull out of the competition next year if the Philippines were not excluded.

In order to save the extremely popular show, the producers agreed to ban Filipino talents from competing, at least for the next season. The ban will be revisited in 2017.