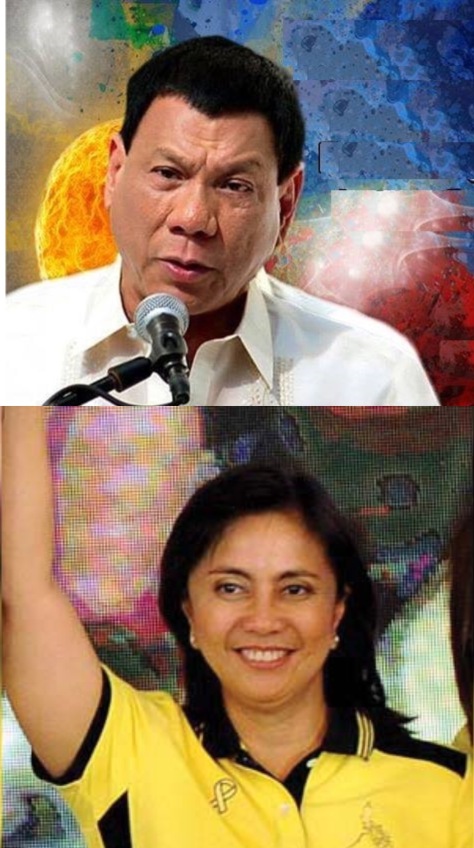 MANILA, Philippines (The Adobo Chronicles, Manila Bureau) – She is running for vice president in the upcoming May 9  national elections, but Leni Robredo could become the next president of the Philippines!

Robredo is the VP running mate of Liberal Party presidential candidate Mar Roxas who is President Aquino’s anointed one to succeed him.

Roxas has not done well in national polls and has consistently rated No. 4 among 5 declared candidates.

Davao City Mayor Rodrigo Duterte is either tied for No. 1 with Senator Grace Poe, or is actually on top of some voter polls.  His VP candidate is Alan Peter Cayetano.

(In the Philippines, voters can choose a president from one political party and a VP from another party.)

In his campaign sorties and television advertisements, Duterte has said that if the Filipinos will not vote for Cayetano to be VP, they may as well not vote for him to be president. All for one, one for all!

On the other hand, Robredo, when asked the question at a recent debate, said that she would hope Filipinos will vote for her running mate Roxas; but if someone else is elected president, she will still fulfill her mandate if she is elected VP.

Duterte is known for being a man of his word. So if the tough-talking, controversial mayor is elected president, but not Cayetano for VP, Duterte could refuse to assume the presidency.

Which means, that as per the Philippine constitution, the vice president becomes president.  And that would be Robredo.

That’s what you call “a heartbeat away from the presidency.”

LAOAG, Ilocos Norte (The Adobo Chronicles, Manila Bureau) – Davao City Mayor Rodrigo Duterte, candidate for Philippine president, has anointed his successor should he be elected in the coming May elections. And it is not his VP running mate Senator Alan Cayetano.  Rather, it is Ferdinand “Bongbong” Marcos, Jr.

Duterte is running under the banner of the PDP-Laban Party while Marcos is the VP candidate of the People’s Reform Party.

The mayor made the statement in a meeting with Ilocos Governor Imee Marcos, during which he extolled the late President Ferdinand E. Marcos whom he considers a friend.

In the same meeting, Duterte said that if as president, he does not solve the criminality and other problems of the country within three to six months, he will turn the presidency over to Bongbong Marcos.

Cayetano has not returned our calls for comment, but we suspect he is very heartbroken.