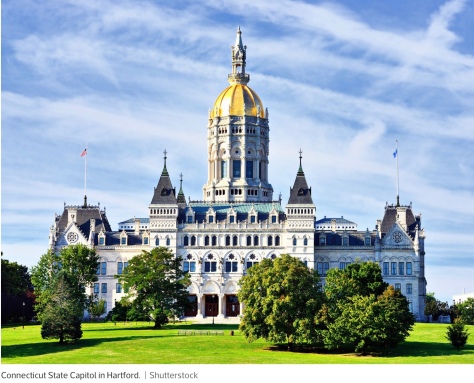 WASHINGTON, D.C. (The Adobo Chronicles, Washington Bureau) – Donald Trump has made it clear in some of his public statements that he will refuse to recognize the results of November’s U.S. Presidential elections if he loses.

This means, of course, that Trump will not vacate The While House even when his term expires in January.

But the camp of former Vice President Joe Biden is leaving no stone unturned and has come up with a “Plan B.”

A Biden spokesperson told The Adobo Chronicles that should Trump refuse a peaceful transition, the official residence of the President of the United States will be moved to the State Capitol of Connecticut in Hartford, one of the most impressive and statuesque capitols in the country. It doesn’t only like like a Capitol Building; it also looks like a palace.

So what happens if Trump refuses to leave The White House on Pennsylvania Avenue?  The spokesperson said that Trump will be placed on house arrest.  At The White House.