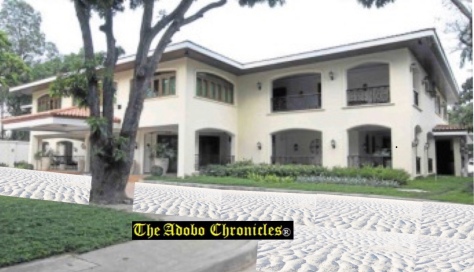 MANILA, Philippines (The Adobo Chronicles, Manila Bureau) – The controversial white sanding at Manila Bay is not the only such project in Metro Manila, according to the Department of Environment and Natural Resources (DENR).

The agency, criticized for bringing in white sand/rocks from Cebu to fill the shores of the bay, said it has just quietly completed a similar project at Vice President Leni Robredo’s official residence — the Boracay Mansion in Quezon City.

”We wanted to make sure that the OVP headquarters lives up to what Boracay island is world-famous for — white sand.