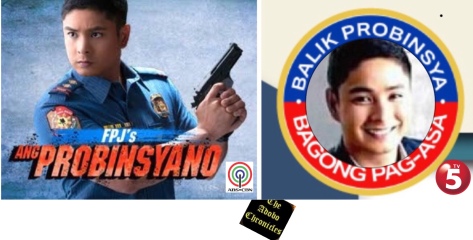 QUEZON CITY, Philippines (The Adobo Chronicles, Quezon City Bureau) – After weeks of intense negotiations among TV executives and producers, FPJ’S “Ang Probinsyano” is moving from the defunct ABS-CBN  to TV 5.

The announcement all but kills speculation that the long-running teleserye which stars Coco Martin is finally coming to an end.

The continuing prime time series on TV 5 will, however, be given a new title, “Balik Probinsya, Bagong Pag-asa,” inspired by Senator Bong Go’s repatriation program of the same name.