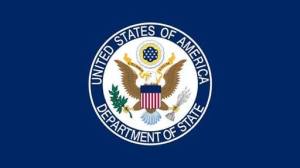 WASHINGTON, D.C. (The Adobo Chronicles, Washington Bureau) – The U.S. State Department has issued a new  advisory warning U. S, citizens about traveling to the Philippines.

The State Department issued the advisory following  the “60 Minutes” interview with online news source Rappler CEO Maria Ressa who described the Philippines as ‘the worst war zone she’s ever been in.”

The advisory discourages U.S. citizens — including Filipino Americans planning on a Christmas Holiday to the Philippines —  from going on a trip at this time.

”We trust trust Ressa’s credibility, and we hope Americans will heed our advice,” a State Department official said.