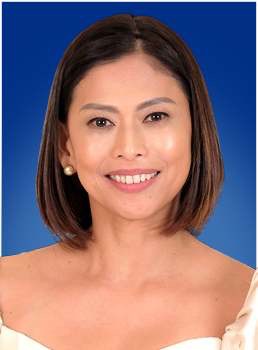 Reacting to Duterte’s designation of  Leni Robredo as Co-Chair of the Inter-agency Committee on Anti-illegal Drugs (ICAD), Marikina Rep. Stella Quimbo said the Vice  President should be allowed to choose her own team.

“I hope she will be given leeway to choose her own team, and even choose the heads of important agencies, like PDEA and DILG,” she said.

In an exclusive interview with The Adobo Chronicles, Quimbo added that Robredo should also be given the power to appoint the Chief of the Philippine National Police (PNP), the Secretary of Justice, the Chief Justice of the Supreme Court, Health Secretary, the Commissioner of the Bureau of Customs and other top officials involved in the War on Drugs.

Quimbo also wanted to create a Cabinet-level position of Spokesperson specifically for the Office of the Vice President.

Now, that would definitely ensure the success of the War on Drugs!