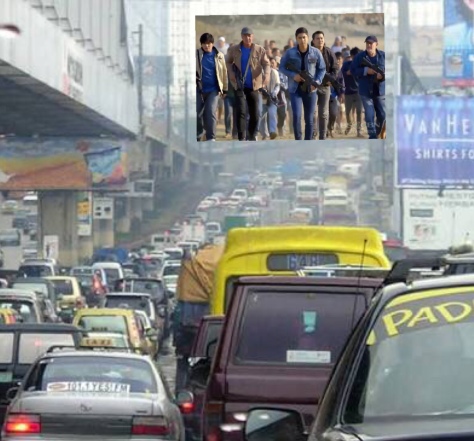 MANILA, Philippines — A study by the Japan International Cooperation Agency (Jica) has so far uncovered more than 300 traffic choke points in Metro Manila, according to Metro Manila Development Authority (MMDA) chairman Danilo Lim. He urged the Senate Committee on Public Services to focus on these chokepoints in coming up with a long-lasting solution to the traffic nightmare on EDSA and other major thoroughfares.

In response, committee chair Senator Grace Poe proposed an innovative plan that would turn these choke points into check points.

Under Poe’s plan, giant television screens will be erected in each of the chokepoints to keep motorists entertained while stuck in these bottleneck areas. “That way, commuters’ anger and frustration will be kept ‘in check,’” the Senator said.

Poe then asked the major television networks to nominate shows or teleseryes that would be shown on these giant TV screens during heavy commute hours — for a fee of course.

Immediately, ABS-CBN nominated ‘Ang Probonsiyano’ as its  contribution to these checkpoints.

The Senate committee still needs to hear from the other TV networks.