MANILA, Philippines (The Adobo Chronicles, Manila Bureau – subjectnto fact-checking by Rappler and Vera Files) – It took a veteran journalist and fact checker to call a spade a spade when it comes to the P50,000 given by Vice President Leni Robredo to each of the 22 Filipino fishermen involved in the maritime incident with a Chinese vessel in the West Philippine Sea.

Robredo had said that the money givento the fishermen came from private contributions to her flagship program, Angat Buhay.

But in one tweet, Tordesillas debunked Robredo’s claim and said that these were stolen funds given as bribe to the fishermen so they can continue to tow the anti-Chinese line espoused by the news media and the political Opposition. 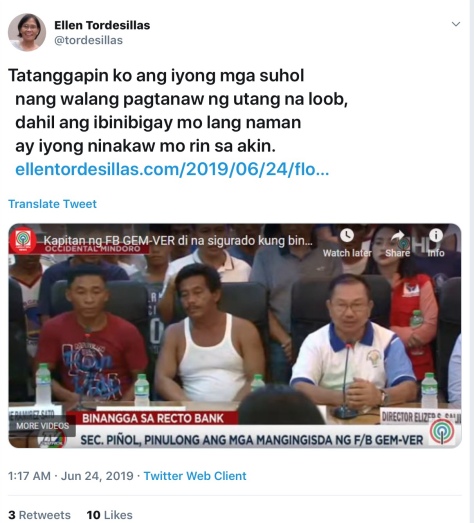