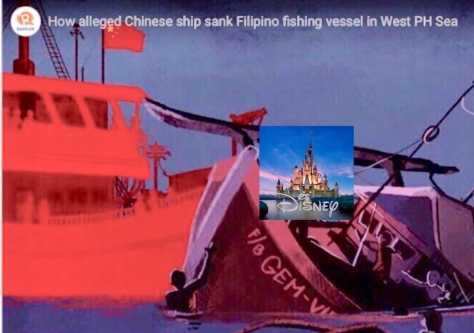 Today, Disney announced that it was giving Rappler one of its most prestigious awards — the Disney Animator of the Year.

The award was in recognition of Rappler’s animated version of the recent alleged sinking by a Chinese vessel of a Philippine fishing boat in the West Philippine Sea.

Speaking with The Adobo Chronicles, Ressa said she is humbled by this great honor and credited her team of Rapplerettes that created this amazing video.