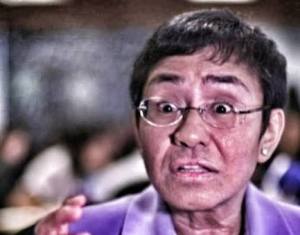 MANILA, Philippines (The Adobo Chronicles, Manila Bureau) – After her Malacañang star reporter Pia Ranada was banned from the Palace, and following the charges brought against her for tax evasion and cyber libel, Rappler CEO Maria Ressa seemed to be running out of rhetoric: “Suppression of Press Freedom,” “Political Persecution,” “Intimidation.”

This, after The Court of Tax Appeals denied her appeal and that of Rappler Holdings Corporation (RHC) to void the tax fraud cases filed against them and remand it to the Department of Justice. It also junked RHC’s motion to suspend the proceedings.

The tax court’s first division will now proceed with the trial of the four tax evasion cases against Ressa and RHC.