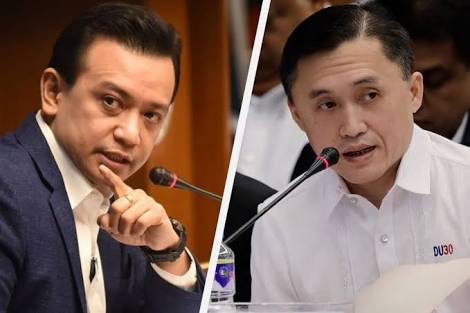 Go was accused of intervening in the deal on behalf of another supplier that he allegedly favored.

During  a previous Senate Hearing on the Frigate deal, Go, along with other Duterte adminsitration officials, personally appeared to deny the allegations.

”What he did was clearly in contempt of the Senate,” Trillanes said.  “One does not lie before the Senate after taking the oath to tell the truth and nothing but the truth.”

The Adobo Chronicles asked Trillanes where in the Senate Go should be detained.  “In my office, of course,” he responded.

Well, in the event Trillanes once again seeks refuge inside the Senate Building to avoid a possible warrant of arrest for him from Branch 148 of the Makati Regional Trial Court, then he would have a roommate.