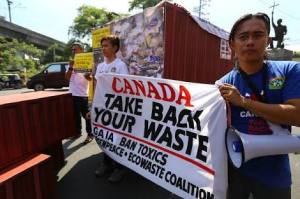 OTTAWA, Canada (The Adodo Chronicles, Toronto Bureau) – The trash from Canada that arrived at the Port of Manila several years ago is still fresh in the minds of Filipinos.  Many will recall that  the importation by a Filipino firm involved recycled plastic, but upon inspection in Manila, the containers revealed toxic and hazardous waste.

Now, the Canadian government has announced that it was its turn to import trash from the Philippines.

The government didn’t provide details of the trash importation, except to confirm that Philippine Vice President Leni Robredo will be arriving in Canada this week.