MANILA, Philippines (The Adobo Chronicles, Manila Bureau) – In what was hoped to be another show of “people power,” supporters of embattled Senator Antonio Trillanes swarmed the Senate Building to come to the rescue of their Magdalo idol.

Facebook Messenger subscribers received an urgent  appeal earlier this week to show up at the Senate in anticipation of the arrest of Trillanes whose amnesty for his past failed coup attempts was revoked by President Rodrigo Duterte.

(Trillanes has been holed up in Sanctuary at the Senate Building since Duterte revoked hi amnesty and ordered his arrest.)

The cryptic message was a “call to arms” or at the very least, a “call to swarm.”

Well, supporters did swarm the Senate Building, as shown by this exclusive photo (ctto) posted on the Internet: 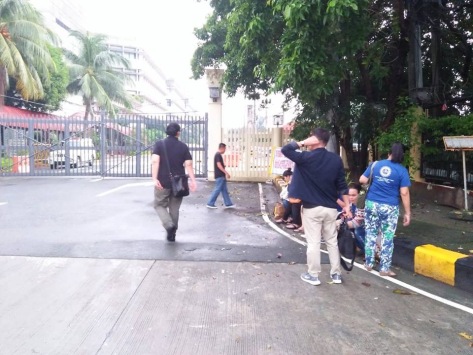