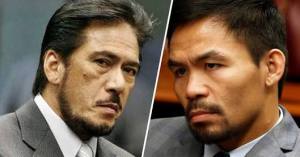 Meanwhile, Senator Manny Pacquiao has proposed that the annual salaries of all Senators be cut to an equivalent of 14 days’ pay.

Speaking to The Adobo Chronicles, Pacquiao said that it is only fair that Senators be compensated for the actual amount of work they put in, which is about 14 days total in any given year. “And even those 14 days,” the boxer-turned Senator said, “are spent mostly conducting useless public hearings that do not even aid in legislation.”

Do you favor the 14th-month pay for non-Government workers and the 14-days pay for Senators?  Let us know in the comment section.