TOPEKA, Kansas (The Adobo Chronicles) – Yesterday, The Adobo Chronicles reported that the Westboro Baptist Church (WBC) was planning to picket the still unannounced funeral services for Leonard Nimoy, a.k.a. Spock of the classic ‘Star Trek’ series.

The online news source, The Inquisitr reported that WBC associated their picket threat with other Star Trek stars, and the things about those stars that the group opposes: George Takei and Zachary Quinto, who are openly gay (the WBC’s favorite conversation piece), and William Shatner, who the Westboro Baptist Church claims “hates God.”

But no one messes with Star Trek fans!

Star Trek fans from across the U.S. and elsewhere have begun descending upon Topeka, Kansas, headquarters of WBC.  Beginning at midnight tonight, the fans will form a human chain around the WBC church to prevent members of the hate group from leaving Topeka and from making good their picket threat.

The human chain will remain in effect 24 hours a day, everyday, until Nimoy is laid to rest.

Star Trek fans are encouraged to participate in the human chain by registering for a minimum shift of three hours and to come dressed as their favorite Star Trek character.  The rainbow-colored house across from the WBC church will serve as registration and command center.

Anticipating a huge Star Trek fans turnout, organizers said they plan to set up not just one but as many human circles as possible around the church. They even expect to break the Guinness World Record for the most number of concentric circles in a human chain ever. 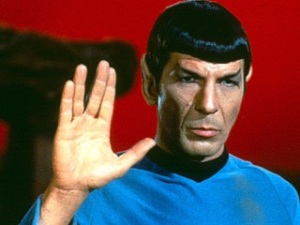 TOPECA, Kansas (The Adobo Chronicles) – The hate group, Westboro Baptist Church (WBC), will picket the funeral of Leonard Nimoy, a.k.a.  Spock of ‘Star Trek’ who died today at age 83.

WBC didn’t give any reasons for planning to picket. They just want to. You know, publicity.

You read it first on The Adobo Chronicles.