Pyongyang, North Korea – Kim Jong-Un has been re-elected president of North Korea in a landslide victory that shocked even the young leader himself. After the (s)election in which only ‘yes’ votes were counted, Kim was reaffirmed as First Chairman of the powerful National Defence Commission by the country’s new rubber-stamp parliament, the Supreme People’s Assembly.  The state-controlled Korean Central News Agency described the election as ‘the great jubilee in the nation’s history’ and told how parliament cheered as the result was announced.

Kim, in his acceptance speech, admitted he did not expect a 100% vote, especially after having executed his politically-powerful uncle last year and successfully disposed of 11 high-ranking government officials in the days just before the elections. He, however, attributed his victory to his much-publicized hangout with former American basketball star Dennis Rodman. The flamboyant and controversial player has visited Kim in Pyongyang twice in the last 12 months. The 29-year-old Korean leader is a die-hard basketball fan.

Sources close to Kim said that he has offered Rodman the position of foreign minister and concurrent North Korean ambassador to the United Nations.  Kim said he is very impressed not only at Rodman’s basketball skills but his expertise in international diplomacy.  Rodman is reportedly seriously considering Kim’s offer. 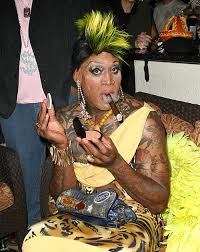 Las Vegas, Nevada – The Miss Universe Organization has announced that NBA Hall of Famer Dennis Rodman  will be among the celebrity judges at the forthcoming Miss Universe Pageant to be held in Moscow, Russia.  The famous basketball player, who most recently shocked the world by his personal meeting with North Korean president Kim Jong Eun, will be the first-ever crossdresser to judge the pageant.  Pageant officials requested that Rodman come dressed as a woman.

The announcement came just days after American television host Andy Cohen said that he was not going to fulfill his duties this year as co-emcee of the pageant, because of the anti-gay laws recently passed in Russia.  Cohen is openly gay.

Donald Trump, owner of the Miss Universe Pageant said that since the organization has recently allowed transgender contestants to participate in the pageant, it just makes sense to also have a crossdresser as a member of the judging panel.

Rodman has not returned calls from The Adobo Chronicles which wanted to find out who is designing the NBA star’s gown for the final night telecast. 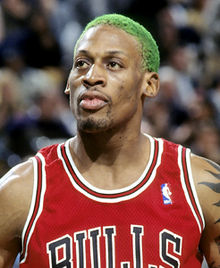 Russian officials were silent on the issue of whether Rodman will be subject to arrest if he attends the pageant dressed as a woman.