WASHINGTON, D.C. (The Adobo Chronicles, Washington Bureau) – There has been a lot of speculation after (mostly) Philippine media have spread the news that the U.S. Senate appropriations bills recently signed by President Donald Trump included a U.S. ban on Philippine officials and others who were responsible for the jailing of Senator Leila de Lima.

Through connections at the U.S. State Department, The Adobo Chronicles has obtained an official list of those included in the ban. 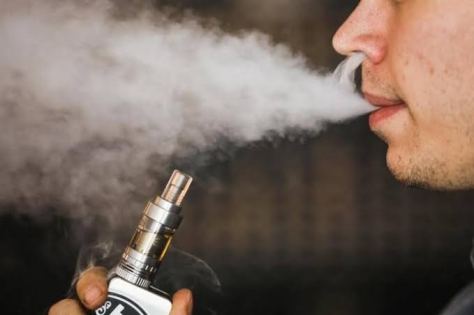 The President on Tuesday ordered authorities to arrest those who smoke the electronic cigarettes in public  “to protect public health and public interest.”

Duterte however said that he was misquoted by the news media.

Apparently, what he said was that he would order the arrest of VPers — those who publicly support Vice President Leni Robredo in as far as her missteps on the war on drugs are concerned.

Just days ago, Duterte scolded the VP on national TV for her recent statements and actions as Co-chair of the Inter-agency Committee on Anti-illegal Drugs (ICAD), saying he does not trust Robredo.

MANILA, Philippines (The Adobo Chronicles, Manila bureau) – Malacanang has announced that President Rodrigo Duterte will take three days off from his very hectic schedule to rest while rumors point to Vice President Leni Robredo as having contracted the dreaded foot and mouth disease.

Foot and mouth disease doesn’t usually affect humans — only cattle — but Robredo must have been exposed to a mutant strain.

The rumors started to spread on social media after a CNN interview with Speaker Alan Peter Cayetano who was asked if he thinks Robredo started on the wrong foot upon her designation as Drug Czar.

Cayetano replied, “She started on the wrong mouth.”