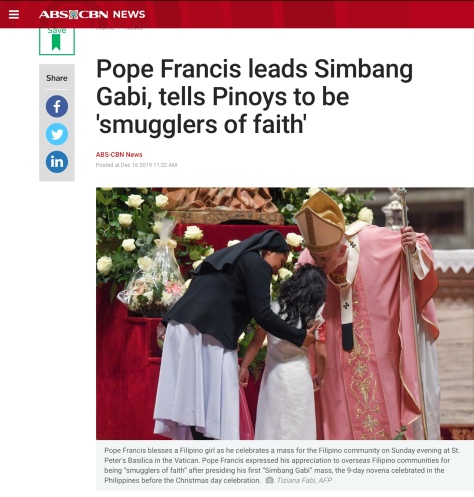 ”Simbang Gabi” is a Philippine  tradition involving a nine-day novena where Catholics attend early dawn masses in preparation for Christmas.

Francis, in his message during the Vatican Simbang Gabi, told Pinoys to be ‘smugglers of faith.’

That didn’t sit well with Filipinos in the Philippines and the entire diaspora. “There are smugglers amongst us, but not every Pinoy is a smuggler,” a Filipino now living in Rome told The Adobo Chronicles.

Looks like the Pope hit a nerve. Or shall we say pinched a nerve.