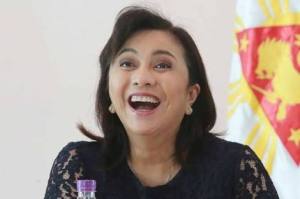 ’Why is the President targeting me?  It is my right to have a driver’s license,” Robredo told The Adobo Chronicles.

It will be recalled that one of Duterte’s cabinet members, Foreign Affairs Secretary Teddy Boy Locsin, had  called Robredo ‘boba’ (dumb) in a post on his Twitter account.

The Adobo Chronicles asked Robredo if she was willing to take an IQ test to prove Duterte and Locsin wrong, she simply replied, “Magmerienda na  lang tayo.”  (Just join me for a snack)