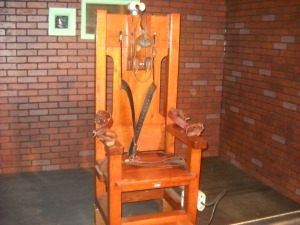 MANILA, Philippines (The Adobo Chronicles, Manila Bureau) – Opposition Senator Risa Hontiveros has made herself clear about the reinstatement of the death penalty for heinous crimes in the Philippines, saying it’s not a deterrent to crime. She is opposed to it.

But Hontiveros seems to have softened her stance.

This, after President Duterte signed the law creating the Philippine Space Agency (PhilSA).

The lady Senator says that she will support the death penalty bill with a compromise proposal: instead of sending convicted criminals to the electric chair, “we should send them to space.”

Her idea is for death row inmates to acompany unmanned rocket ships that will be launched by the new space agency. “It will be a one-way trip to space for these crminals,” Hontiveros said. “It will be a kinder, gentler way of imposing the capital punishment.”