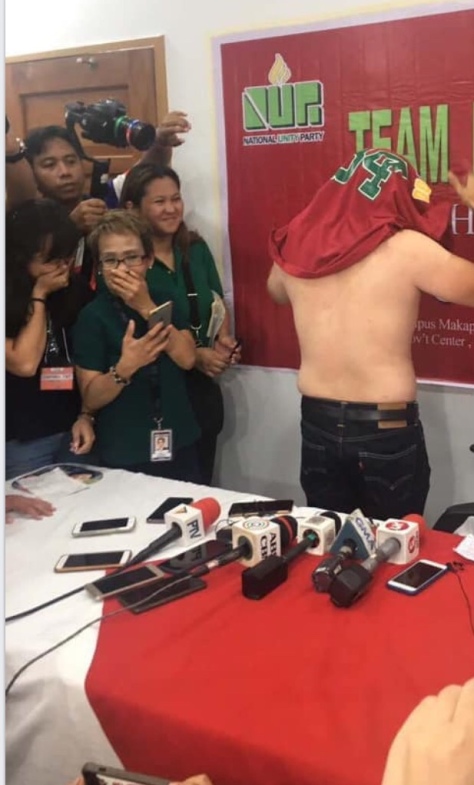 MANILA, Philippines (The Adobo Chronicles, Manila Bureau) – Senator Antonio Trillanes seems to be fascinated a lot about tattoos, and he’s taking this fascination a step further, all the way up to the Philippines’ Revised Penal Code.

Trillanes filed a bill — co-authored by Senators Bam Aquino and Risa Hontiveros — that would penalize any elected or appointed government official, past or present, for having a tattoo, unless they declare it it their SALNs (Statement of Assets, Liabilities and Networth).

“Tattoos are associated  with criminal activity, including the illegal drug trade, and government officials should not be wearing them,” Trillanes said.

It will be recalled that Trillanes once challenged  Paulo Duterte to take his shirt off during one Senate hearing to prove that the Davao City Vice Mayor doesn’t have a tattoo that links him to some criminal syndicate.

Recently, Senatorial candidate and former  Special Assistant to the President Bong Go bared his back in front of the news media to show his critics that he is tattoo-free.

So for Go, he will go scot-free should Trillanes’ bill become law. As for Paulo Duterte? He just needs to declare it on his SALN, if indeed he has one on his back.