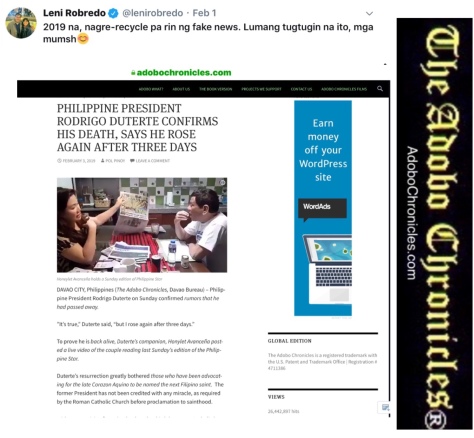 Today, Robredo  took to task The Adobo Chronicles for its recent story that President Rodrigo Duterte confirmed his reported death but that he rose again in three days.

In a tweet commenting on said story, Robredo said that this was recycled fake news.

It wasn’t clear which she considered fake news: that Duterte died, or that he came back to life after three days.