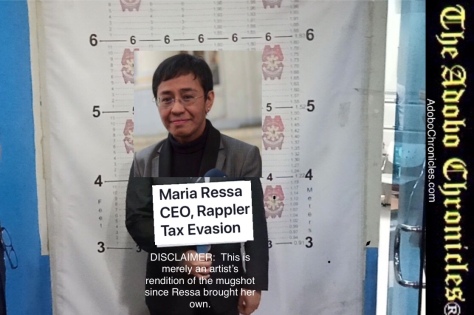 MANILA, Philippines (The Adobo Chronicles, Manila Bureau) – Forget about the tax evasion charges filed against Maria Ressa. The Rappler CEO is facing a new criminal charge which could put her behind bars for the rest of her adult life.

Ressa has been formally charged with mugshot evasion.

The new charge came after Ressa surrendered to the police to post a P60,000 bail for her temporary (press and other) freedom.

Sources said that she refused to pose for the customary mugshot. Instead, she brought with her two passport-sized photos from her time as CNN correspondent.