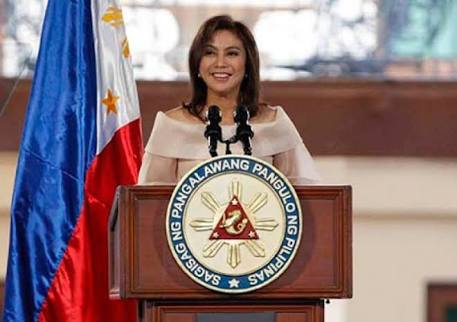 QUEZON CITY, Philippines (The Adobo Chronicles, Quezon City Bureau) – The Commission on Audit (COA) has issued a scathing report on the Office of the Vice President (OVP), saying that Leni Robredo has misused all of her office’s 2018 budget allocation amounting to P543 Million.

”While the 2018 fiscal year is not yet over,” COA said, “it is quite clear that all the expenses of the OVP so far are in violation of Leni Robredo’s mandate.

Many will recall that no less than Robredo herself had said in a forum in the U.S. that the only power or role of the Vice President is “to wait for something to happen to the President.”

”By spending funds for duplicative projects like Angat Buhay or serving meryenda to journalists and other OVP visitors, Robredo violated the purpose for which her budget was allocated.  They had nothing to do with waiting for something to happen to the President,” the COA report stated.

In concluding its report, COA said that the OVP must restitute all of the misused funds or face corruption and other criminal charges.

The Adobo Chronicles tried to reach out to Robredo for comment but our calls have not been returned.