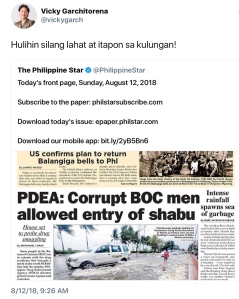 Now, Yellowtard Garchitorena whose tweets are always hopelessly critical of Duterte, has finally posted a comment which was in total agreement with the President: punish the corrupt in government.