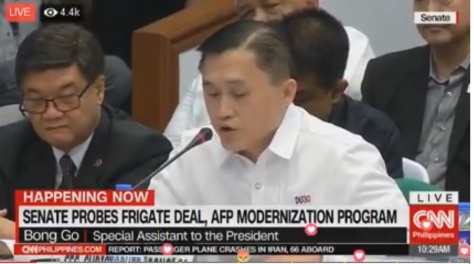 MANILA, Philippines (The Adobo Chronicles, Manila Bureau) – Special Assistant Bong Go is one of the most recognizable faces next to President Duterte himself.  He’s seen everywhere the President goes, handing over a note or whispering something to his ear. But almost nobody has ever heard his voice.

Today, Go appeared before a Senate hearing where he mesmerized the crowd with his eloquence and his forceful voice. The audience couldn’t hold back the applause after his opening statement.